Books to Read with Your Book Club 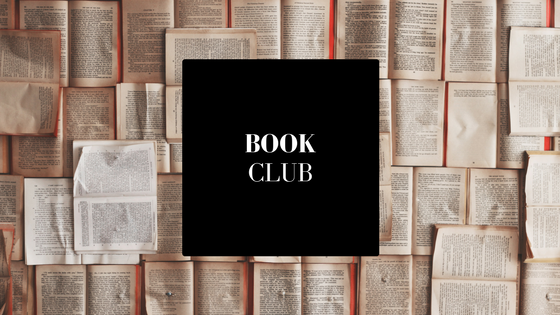 This month the Brook Arbor Blog is featuring three titles that we think make good reading for a book club book (or just for an enjoyable read!). There’s no better way to escape from the mundanity of life than by escaping in a book. Head to your favorite cozy spot in your Cary, NC apartment. We hope that you have a great month full of great books and authors!

“In a country teetering on the brink of civil war, two young people meet—sensual, fiercely independent Nadia and gentle, restrained Saeed. They embark on a furtive love affair, and are soon cloistered in a premature intimacy by the unrest roiling their city. When it explodes, turning familiar streets into a patchwork of checkpoints and bomb blasts, they begin to hear whispers about doors—doors that can whisk people far away, if perilously and for a price. As the violence escalates, Nadia and Saeed decide that they no longer have a choice. Leaving their homeland and their old lives behind, they find a door and step through. . . .”

Colorless Tsukuru Tazaki and His Years of Pilgrimage by Haruki Murakami

“An instant #1 New York Times Bestseller, Colorless Tsukuru Tazaki and His Years of Pilgrimage is the remarkable story of a young man haunted by a great loss; of dreams and nightmares that have unintended consequences for the world around us; and of a journey into the past that is necessary to mend the present. Here Haruki Murakami—one of the most revered voices in literature today—gives us a story of love, friend­ship, and heartbreak for the ages.”

The Stranger in the Woods: the Extraordinary Story of the Last True Hermit by Michael Finkel

“In 1986, a shy and intelligent twenty-year-old named Christopher Knight left his home in Massachusetts, drove to Maine, and disappeared into the forest. He would not have a conversation with another human being until nearly three decades later, when he was arrested for stealing food. Living in a tent even through brutal winters, he had survived by his wits and courage, developing ingenious ways to store edibles and water, and to avoid freezing to death. He broke into nearby cottages for food, clothing, reading material, and other provisions, taking only what he needed but terrifying a community never able to solve the mysterious burglaries. Based on extensive interviews with Knight himself, this is a vividly detailed account of his secluded life—why did he leave? what did he learn?—as well as the challenges he has faced since returning to the world. It is a gripping story of survival that asks fundamental questions about solitude, community, and what makes a good life, and a deeply moving portrait of a man who was determined to live his own way, and succeeded.”

Find more great picks for book clubs at Book of the Month and Goodreads. What’s your favorite book? Are you part of a book club? Let us know in the comments. Thanks for reading our post!